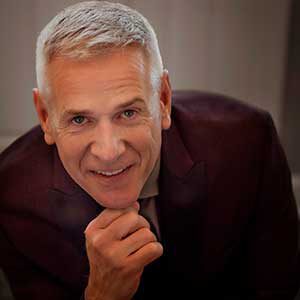 Dana Landry is always pursuing the next artistic challenge. He is as at home playing Bebop with a jazz quartet as he is performing Prokofiev with an orchestra, as comfortable playing duo in a small dive as he is accompanying a diva in a concert hall. He has been performing regularly with the Colorado Symphony Orchestra for the past twelve years as part of Classical and Pops series.

Dana is featured on recordings released by record labels including Summit, Origin, and Artist Alliance, several of which made it to the top of the Jazz Week U.S. Radio Airplay Chart. His first CD as a leader, Journey Home, featured virtuoso vibist Gary Burton. Landry has performed throughout the U.S. and in Europe, Australia, and China.

Landry has held the position of Director of Jazz Studies at the University of Northern Colorado since 2002, where he directs the award-winning UNC Jazz Lab Band I. Their most recent release is the Romeo and Juliet Project, a Jazz Orchestra suite based on Shakespeare’s most famous work. In April of 2021, they premiered An Electronic Wonderland, which combines big band and electronica and is inspired by Alice’s Adventures in Wonderland. 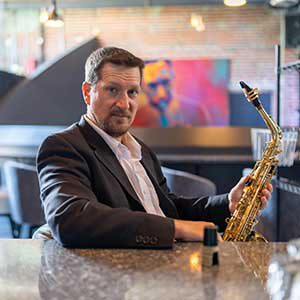 In addition to receiving IAJE’s Gil Evans Fellowship in 2008, Wil has completed numerous commissions from jazz ensembles, military bands, and symphony orchestras around the world. Wil has four CDs available under his own name, Space Bugs (OA2 Records 2022), Universe B (OA2 Records 2010), the Right Riot (2014) with Goodrattle, and Chamber Jazz Ensemble (NohJoh Music 2006), and can be heard on numerous other albums including Ingrid Michaelson’s Songs for the Season, Ben Markley’s Clockwise and Ari’s Funhouse (with Ari Hoenig), Steve Owen’s Stand Up Eight, Peter Sommer’s Soulful Songs and Spirits and Happy-Go-Lucky-Locals, Al Hood/Dave Hansen’s You’re It, Bob Washut’s Journey to Knowhere, and David Caffey’s Enter Autumn and All in One. Wil is a Senior Instructor of Music and the Director of Jazz Bands at Colorado State University.

Originally from Central Texas, Wil began studying music at age five, and picked up the saxophone at age nine. He earned a B.M. in Jazz Studies from the University of North Texas in 2001 where he played in, composed for, and recorded with the 1:00 Lab Band. While at North Texas, he studied with Jim Riggs, Paris Rutherford, Neil Slater, and others. In 2000 he attended the Henry Mancini Institute on a full scholarship from BMI, and received a commission the following year from HMI for a piece premiered at the Hollywood Bowl in Los Angeles. In 2001, Wil relocated to New York City, where he played with Toshiko Akiyoshi and Bill Warfield’s NY Fusion Ensemble, among others. During his time in N.Y., Wil studied saxophone with Dave Pietro and composition with Michael Abene and Jim McNeely as a member of the BMI Jazz Composers Workshop. Mr. Swindler has lived in Colorado since 2006 with his wife April Johannesen and daughter Annika. 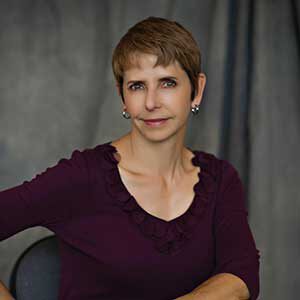 Donna Wickham earned a degree in vocal performance and a Masters in conducting from the University of Denver. While she was studying classical music in school, she was allowed to perform with the jazz ensembles, took a lot of private jazz lessons, and was regularly singing jazz. Right after she graduated, the vocal jazz instructor at Lamont took a sabbatical. Donna was hired to fill in for that year, and then stayed on to head the vocal jazz program at the University of Denver. “My students are brilliant and I am in love with them. It excites me to help them. I teach my students all of the things that jazz instrumentalists learn, and that there is no limit to singing.”

Wickham, who recorded previously as a classical choral musician and a background singer, created her debut jazz recording, Myth and Memory, partly as a result of her collaborations with the great pianist Art Lande.

She formed the Firesign Vocal Quartet with three of her best friends from the choral world. The group explores new approaches to classical choral music and has performed new music concerts at colleges. She also sings with St. Martin’s Chamber Choir in Denver and performs with the DU faculty jazz combo.

Donna Wickham says “For the future I plan to keep on searching for musical soul mates and creating meaningful and original music.”